Hello everyone, and welcome to another edition of In My Crosshairs, where I take a look at board games and board game accessories that I am currently looking to purchase! Some of the games are old, some are new, and some may be… *sigh*… just plain hard to get.

Warmachine and its fantasy counterpart, Hordes, by Privateer Press has been around for several years, but I have always avoided it simply because I knew that if I ever got sucked in, my home would become a sanctuary to the game. Paint would be strewn, my kids would lose their bedrooms so that I could have more gaming storage area, and generally my already limited time would be consumed by the awesomeness that is Warmachine/Hordes. Also, my bank account would that much sadder for my having gotten into it.

Alas, I played my first game of Warmachine a week ago and unfortunately I really liked it. A lot. I have always wanted to try a miniatures game that requires painting, but rationalized that my lack of painting skills would limit my enjoyment. However, the more videos I’ve watched of people painting the minis online, the more inspired I have become. Now the biggest question is whether to get the Cygnar Faction, All-In-One Army Box from Warmachine, or the Circle Orboros, All-In-One Army Box from Hordes. Maybe both!? No no no, stop it Matt! You haven’t even started playing yet and you’re already out of control! 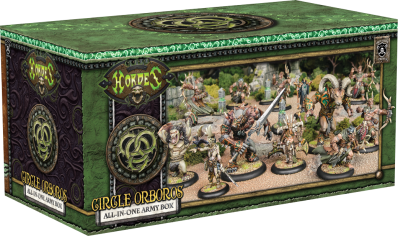 Warmachine and Hordes are two sides to the same game. Warmachine is the steampunk series of factions, where “warjacks” (giant mech-like, metal monstrosities) are controlled by warcasters rather than piloted. Adversely, Hordes is a more traditional, fantasy group of factions whose warlocks (the Hordes equivalent of warcasters) control, trolls, satyrs and other fantastical creatures, including the large, savage warbeasts, the rival to Warmachine’s warjacks. Warmachine and Hordes are completely compatible, so the choice of which game really comes down to play style. While the overall game is based on the same, compatible system, their are rule variations for each.

To further add to the options, each game (Warmachine and Hordes) has multiple factions to choose from. If I go Warmachine I think that Cygnar will be my faction of choice based on the backstory, and Circle Orboros if I choose Hordes. To read more about Warmachine and Hordes, visit Privateer Press’s website here.

Zombicide is another game which I have recently played for the first time. The game is a ton of fun, and I thoroughly enjoyed it in it’s modern day, post-apocalyptic setting. The zombies just keep coming, and the game is just as much about avoiding the zombies as it is about fighting the zombies. The characters are diverse, the miniatures are amazing, and the game does a great job of making your stomach sink as the board is slowly (but faster than anticipated) overrun by the hordes of the living dead. How does it get better than that, you may ask? Transport the player back to medieval fantasy times and give them the same, frantic zombie action where swords and hammers (and magic) replace… well… swords and hammers (and guns).

Cool Mini rr Not is still at the helm, and the newest edition of Zombicide had a very successful Kickstarter campaign! This game is going to be a blast! 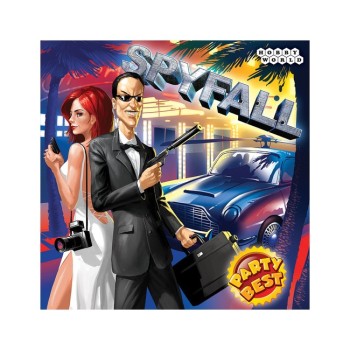 I swear by all that is holy I will get to play this game one day! Spyfall has shown up multiple times on this website, and I anticipate that by the summer of 2032 I will have attained my own copy!