In My Crosshairs is yet another new article on Flaming Dice Reviews, one that gives at look at upcoming games, already published games and/or board game accessories that are of note. Most of the products in this article will be here for one simple reason; they look cool and I want them. The vast majority of these products, I think, will appeal to a wide variety of readers.

Q-Workshop has some of the most amazing dice sets I have ever seen. I confess that I have yet to purchase a set, but I am always tempted. I am especially fond of the Celtic 3D dice, as seen above.

A wide variety of dice are available on their website. Some are made for specific games, like Kingsburg, Hordes, Warmachine, and Arkham Horror: others are simply fashioned in common themes, such as Steampunk, Dwarven, and Runic.

The dice are sold in sets mostly, consisting of the traditional lineup; D4, D6, D8, D10, D12, D12%, and D20, but there are also bulk purchases. While I have no real need for such, I find the Jars of Dice even more tempting. 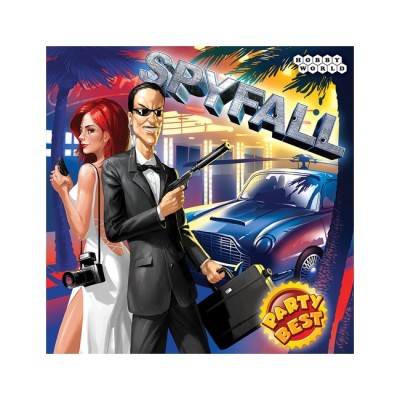 Spyfall has yet to be published in its English format, but according to the publisher, Hobby World, it will be released Spring 2015 in English. Spyfall is a bluffing and deduction game where one player plays the role of the spy. While all players ask questions of each other to root out the spy, the wolf in sheep’s clothing has one disadvantage; he doesn’t know where they are.

When the spy is dealt the spy card, the others are dealt a location card. Watch Tom Vasel’s review to get a feel for the game.

The newest Conan board game by Monolith recently ended its Kickstarter Campaign; quite successfully I might add. Monolith shattered their $80,000 goal by raising over $3.3 million dollars. No, that is not a typo. I followed the Conan campaign very closely, and the stretch goals alone made it incredibly tempting. Ultimately, I ended up backing the project and I am eagerly awaiting its arrival!

If, however, you did not back the game on Kickstarter, there is still reason to rejoice! The highly successful campaign means a more fleshed out game, expansions ready to go at regular launch (or nearly so), and more miniatures.

Conan’s game play mechanics look very promising and the miniatures are simply stunning. Though the campaign is ended, the Kickstarter page is still enough to get one excited for the game.

Photos come from Q-workshop, the Spyfall website, and the Conan Kickstarter Campaign page.