This Game Night Report is a long time coming, and I am picking and choosing some of my recent gaming experiences from the last couple of weeks. Also, since I have a memory of about 34.7 seconds tops I will be omitting dates; I will, however, include where I was at the time of playing. One of my ABSOLUTE favorite games of all time, The Resistance, is featured, as well as Star Wars: Armada!

A few weeks ago I was at my friend’s house for a coworker’s going away party. We broke out The Resistance, one of my favorite games of all time if not my very favorite! 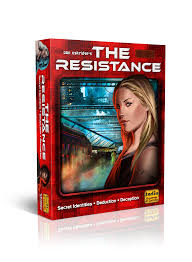 As usual with The Resistance and a group who has never played it before the first few games are a write-off. Some people genuinely do not understand some of the facets, some people pretend to not understand, and almost inevitably someone reveals something they shouldn’t. Happens every time and it’s no big deal!

By about Game 4 or 5 everyone has caught on and the true intrigue begins. “Ok, <insert friend name>, you got me last game when you said you didn’t understand voting, but now I KNOW you understand it!”

Bear in mind that I LOVE being one of the spies; over the course of the approximately 8 games we played of The Resistance, I was the spy ZERO times!!!!! That has never happened before, and I hope it never happens again. As the only person who had ever played the game before that night, I was the prime suspect every game, and no amount of reasoning could convince the other 5 players otherwise. Sigh.

Outcome – I won some and I lost some, and every time I did so as a loyal freaking member of the freaking resistance.

These games have occurred at various points over the last few weeks at my absolutely wonderful FLGS, The Jester’s Court. 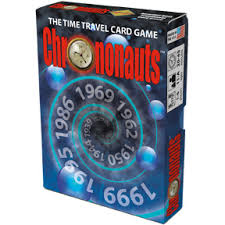 I had never played Chrononauts before, and I have to admit that I was a little overwhelmed by all of the linchpins and patches and the missions. As I listened to my friend, Sara, explain the rules, I looked at my hand and thought to myself a mixture of the following: ‘Huh?’, ‘What the &#$% is she saying?’ and ‘I might not be smart enough for this game.’

However, I had a master plan. Sara mentioned the rule about if someone has 10 cards in their hand at the end of their turn they win – Bingo! I had a goal! I completely ignored all of the holes in time from an objective standpoint and just started patching them so that I could draw an extra card.

With a little time and a small helping of some The Resistance-style ‘Rope-A-Dope’ I was actually in a pretty good position despite my ignorance.

Outcome – I gathered some dinosaurs, a crown of thorns that some famous guy had worn, and at the end of the day I won my first game of Chrononauts! 10-Cards-In-Hand-Rule Victory! I hear that that type of victory is highly respected in the Chrononauts community! 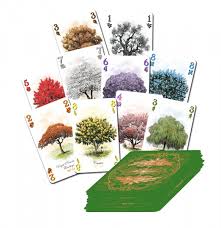 Ah… Arboretum. We meet again inside of my head as I write this… I’m going to keep this short and sweet. I played only one game of Arboretum that night (my first and only game of Arboretum ever) and I think it would be an understatement to say that I was trounced.

Outcome – At the end of the game I scored zero points. Shut-out. Goose Egg. Nada. Seriously. I overestimated the trees and highly underestimated the end phase where people can negate your trees. I burned all of the other players’ gardens (mentally) and moved on with my life. 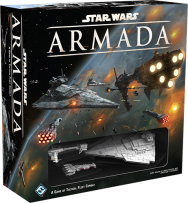 The big fish! The game my friends and I had been waiting not-so-patiently for! Shon and I had watched it being played at The Jester’s Court, and Shon played half of a game with my friend, Scott, while there. I just watched as Scott annihilated three different players over the course of two games as the Empire. The Star Destroyer cut everything down that crossed its path.

Later that night at Shon’s house, we played our first game against each other, and my first game ever. I wanted to play as the Rebels because of the Nebulon-B Frigate. It is one of my favorite Star Wars ships and I liked the idea of having multiple smaller, pack-hunting ships instead of one big heavy-hitter.

I had watched the Star Destroyer demolish the Rebel Ships earlier that night, and so I went for an entirely different strategy. Instead of trying to focus fire on the S.D. I instead targeted the Tie Fighters. The Nebulon-B and CR90 Corvette swatted them down easily and allowed the X-Wings to begin to chew on the Star Destroyer unmolested. My two ships went wide and bombarded the S.D. from a distance while the X-Wings whittled it down.

Outcome – The game ended at the end of Round 6 per the rules, and my X-Wings were unable to destroy the Victory-class Star Destroyer. However, the six defeated Tie Fighter squadrons allowed me the victory. In the end, every one of my ships and squadrons survived. And, of course, while I stated that the battle went EXACTLY as I had planned, I have a feeling that it was more than a little dumb luck on my part that won the day!