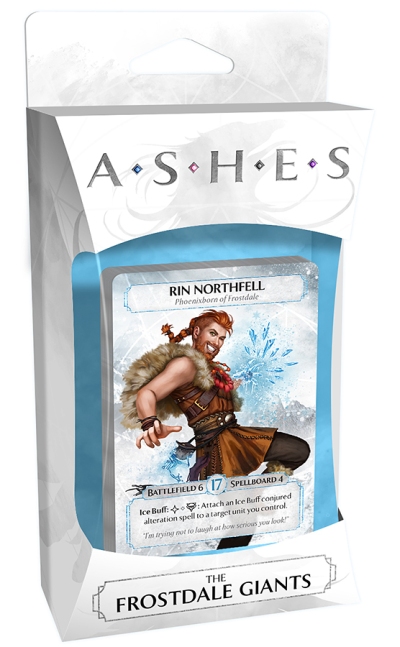 Fans of Ashes: Rise of the Phoenixborn rejoice! You might already be aware of the two mini expansions coming out in the next couple of months, but if not, prepare to be excited! These expansions, The Frostdale Giants and The Children of Blackcloud, will be available soon, and are already able to be pre-ordered on the Plaid Hat Games website. Here’s a little about the two new decks from the PHG website:

“Rin Northfell is a jovial Phoenixborn whose lust for life and battle flares up like a beacon in his frigid homeland. Rin shuns the subtlety of complex magic, preferring spells and monsters as robust and as considerable as his spirit. The Frostdale Giants deck, featuring new Phoenixborn Rin Northfell, is a full, ready-to-play Ashes expansion deck with all-new card including 2 conjurations and a conjured alteration spell.” 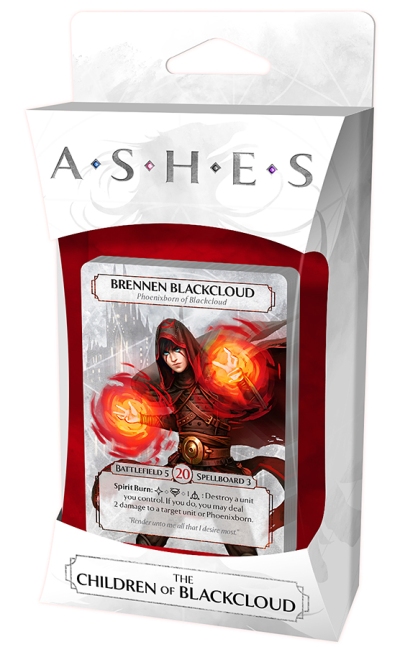 “At the top of the world sits Blackcloud – a bleak and venerable city. There rules Brennen, a fifteen year old wielding merciless blood magic, seeking to restore his family and city to the terrifying glory of their ancient heritage. The Children of Blackcloud deck, featuring new Phoenixborn Brennen Blackcloud, is a full, ready-to-play Ashes expansion deck with all-new cards including 1 conjuration.”

Read more about these expansions by clicking here to go to the Plaid Hat Games website.