My time has been limited since Christmas, and unfortunately I haven’t been able to do as much gaming as I would like. However, I’ve still managed to get in a few games here and there. Here are a couple of the games I’ve played recently!

Recently Sergio, Tim, Jordan, Laura, Trudi, Cam, and myself sat down to play Creationary, a Lego building board game, and it was a blast! I grew up laying with Legos so it was a treat to once again make Lego creations with my friends. In Creationary players draw a card with 4 images on it, roll a custom D6, and then build the instructed animal/vehicle/tool/etc from their card. The other players try to guess what the creation is and if they’re correct then both the builder and the correct guesser get points. 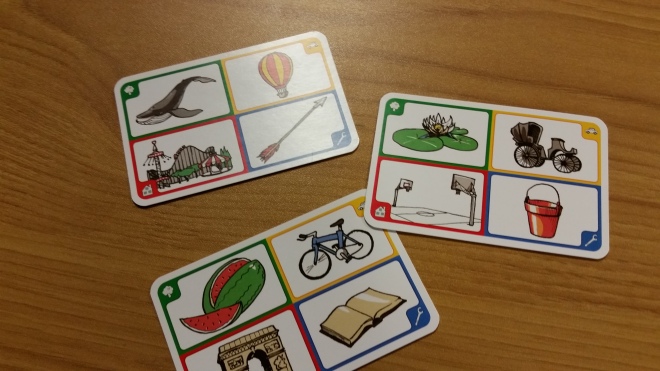 The cards are separated into difficulty levels from 1 to 3 with the objects on the level 3 cards being more difficult to build. The active player (builder) has a ton of Lego pieces to choose from but a great imagination is still needed to quickly convey the item without giving any verbal queues. During our game we allowed the builders 3 minutes to build.

I took an early lead by successfully guessing an ocean buoy built by Sergio, guessing a coconut built by Jordan, and by successfully building a dog sled; my proudest moment being when I identified the Arc de Triomphe! Jordan made an excellent guess when his wife, Laura, built a hot air balloon, and somehow someone (I forget who) guessed a bear that Tim was building that looked more like a seal. We had a lot of laughs during the game, and much like Concept, the rules seemed highly open to customizing.

Outcome – Oh, little did they know how many hours I spent as a child playing with Legos. I was triumphant with Jordan very close behind me. 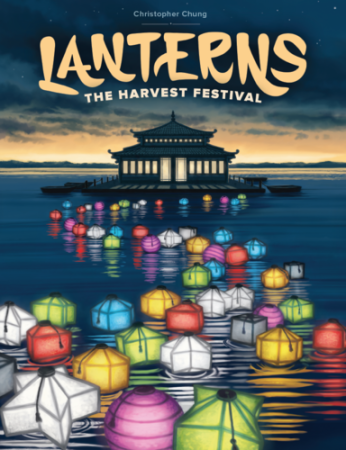 Lanterns is played by placing beautiful tiles around a central tile, much like in Carcassonne. The tiles feature 7 different colors of floating lanterns along their 4 sides, and sometimes have a platform in the middle which gives bonuses in the form of Favor Tokens. We’re not going to get into the rules too heavily, just know that Favor Tokens are good and very useful. Trudi, Cam and I played Lanterns before the others arrived for Board Game Night at The Jester’s Court this past week. 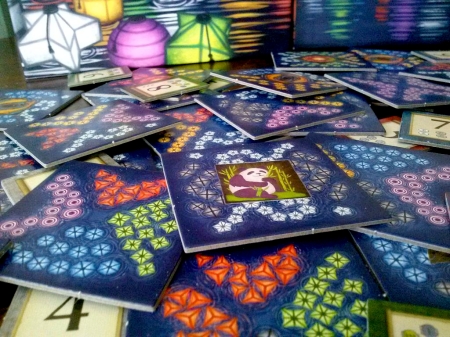 The game, besides coming with the beautiful tiles, also comes with lantern cards which are collected after each player lays a tile. You see, in Lanterns, when the active player lays a tile he/she not only determines which color lantern cards they get, but also what their opponents get. The lantern cards are used for set collecting and are turned in for victory points when the correct color combinations are acquired.

Lanterns is fast, easy to learn, and gorgeous to look at, being illustrated by my friend, Beth Sobel. If you’re a fan of set collecting, tile-laying or just fun and fast games you would probably really enjoy Lanterns. I sure did.

Outcome – Cam beat us… the good news as that Trudi and I tied so neither of us were forced to bear the shame of coming in last alone! Curse you, Cam!